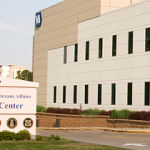 Monday morning, January 16, 1978 was like any other in the life of a surgical resident at the VA Hospital in Memphis, Tennessee. The final six months of my training were dragging on. There were patients to admit, cases to do, rounds to make, and lectures to attend. My future after that June was uncertain.

My pager went off: a phone call was awaiting for me at the front desk.

“For you, Dr. Seddon,” said the operator.

In each life there are moments that change everything: a special person appears, a catastrophic disease is diagnosed, a child is born. History changes course.

This was such a moment for me.

As a young person I had been caught up in the excitement of the early rocket launches, the moon landings, and the scientific studies done on the Skylab flights. I was witnessing the beginning of the Space Age.

In early 1977, NASA announced it would take applications for the Astronaut Corps for the first time in a decade. Women and minorities were encouraged to apply: a milestone in American history. I requested information and an application that spring. I met the physical and academic requirements and training would not start until after my residency was completed.

Almost on a whim, I applied.

To my surprise, NASA invited me for an interview in later that year. Competition was fierce. The other candidates appeared much better qualified; I was sure I wouldn’t be chosen. We were told that the new group would be selected in late 1977. When I hadn’t heard anything by Christmas, I gave up hope.

On that freezing January morning, I answered the waiting call.

After a few pleasantries, the Director of Flight Operations at the Johnson Space Center calmly asked if I was still interested in becoming an astronaut.

He told me that in July I’d join a class of thirty-five…including five other women. A press release would go out at noon that morning. 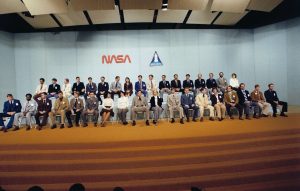 I stood there with the telephone in my hand: stunned! All of what I thought my life would be —I shuddered then—changed in an instant.

I saw my future as through a glass darkly. What would lie there for me, instead? A whole new world of engineering and aviation, a close-knit group of wonderful people, a series of thrilling rides into orbit? Or would there be tasks for which I wasn’t suited, fruitless wanderings down the wrong path, an early death?

We all fulfill a destiny. Was this mine?

I would soon meet the other thirty-four astonished selectees who received the same call that day. They would become my close friends, my crewmates, my team; one would turn out to be my life partner and father of my children. That day, January 16, 1978, would become for all of us Who, me? Day, the date our lives changed forevermore.