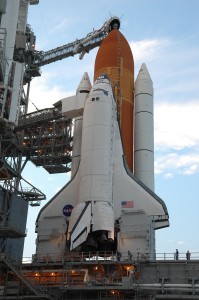 Every astronaut waited for these words. After years of getting there, months of training and practice, followed by hours of sitting atop a rocket, these words were much anticipated. The road to space on launch day wasn’t always as smooth.

The official launch countdown took several days. All systems were checked and had to be A-OK. The crew climbed aboard about two hours before the planned launch time. The atmosphere in the Launch Control Center was very professional. There were no pictures of kids taped to the consoles, no potted plants, no cartoons. As the countdown proceeded, there was no small talk between the launch director and the crew – only the briefest of communications. 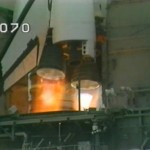 At T minus 9 minutes (nine minutes before launch), excitement began to build. Everything began to coalesce. The weather had to be good, the emergency landing sites around the world had to be ready, thousands of pieces of equipment (and often their backup systems) on the vehicle and on the ground had to be functioning. In the Launch Control Center, the engineers signaled a GO FOR LAUNCH.

At T minus 5 minutes, the power units that drove engine and booster nozzles to steer the ship hummed to life deep in the belly of the beast. At T minus 2 minutes and 30 seconds, the vehicle switched over to internal power. At T minus 31 seconds, the ground launch system handed control over to the Shuttle’s computers. Checking, checking, checking – were all systems GO? If so, at T minus 6 seconds, the Shuttle’s three engines belched to life. At T minus 0, the boosters blasted the giant behemoth into space. Eight and a half minutes later, the main engines cut off – MECO! – and the crew was in orbit. 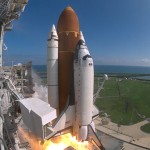 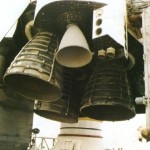 The computers had detected a failure and the engines quit. The vehicle swayed back and forth on the bolts holding the boosters to the pad. The automatic safing system should stop everything – but had it? Would the boosters decide to ignite? Would the engines blow up and cause the tanks full of fuel to explode? Luckily, the shutdown went as planned. A crewmember quipped, “I thought we’d be higher than this at MECO.” Despite a small fire at the base of the pad which was extinguished, the crew was evacuated from the vehicle to try again when the problem was corrected.

This type of ground launch abort occurred five times in the thirty years of Space Shuttle program. The crews on those flights were given the dubious honor of becoming members of the Ground Level MECO Club. One unlucky astronaut, Dan Bursch, sat atop a suddenly silent rocket not once but twice. He will forever be known among fellow astronauts as The MECO Kid.