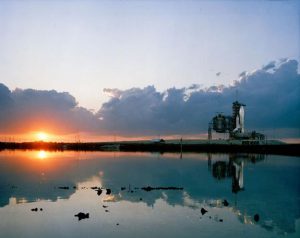 The Shuttle at dawn.

The Space Shuttle went around the Earth every ninety minutes.  Half the orbit was in daylight, half in darkness.  That meant there was a sunrise, then forty-five minutes later a sunset.  We went around the world sixteen times a day.  For a fourteen-day mission (my longest), that’s 224 sunrises and 224 sunsets.  They were nothing like what people see standing in their backyards here on the ground.

Coming out of the dark side of the orbit, a faint glow developed in the east.  Then the sun burst forth above the horizon in a strikingly white explosion.  No slow progression—just a sudden blaze into daylight.  The day begins and the sun starts its journey across the sky.  I was reminded that the Greeks believed that the sun was carried through the heavens in a horse-drawn golden chariot driven by the god Apollo.  With no atmosphere to filter its light, the sun was a brilliant disc as it crossed above us. 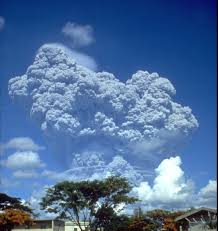 As the celestial orb approached the horizon to our west, it rapidly began to disappear around the Earth.  For a brief moment as it disappeared, a most remarkable sight thrilled us.  As the fading rays of the sun passed through the atmosphere, multiple discernible layers appeared.  They could be delineated by their distinct hues: shades of blue, lines of yellow, striking reds.  And sometimes, unusual material was visible at a particular altitude.

Mt. Pinatubo in the Philippines had begun to erupt during my second flight in June, 1991.  It was belching tons of ash into the sky from deep within the Earth’s belly.  We were fascinated to see that the ash was rising and spreading across a specific layer.  In the coming months, it was apparent that the ash would move at that altitude around the world, creating a haze and producing beautiful sunsets for Earthlings.

A spectacular sunset from orbit.

The “day” finished, there was sudden darkness, and we were left to enjoy observing the sparkling lights on the ground which gave evidence of where the people on our planet lived.  Coastlines were obvious by the blackness of the water.  We spent as many minutes as we could taking in the view that only astronauts can have.  When the Shuttle landed, the ground crews kidded us that they had to clean lots of nose prints off the windows.