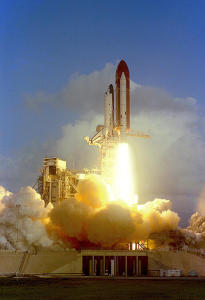 Shuttle launches were always special. We were friends helping friends get ready for great adventures. Hoot had landed safely from his second mission, and I was in training for my next one. The space program was gearing up for a year of many spectacular launches. It was full speed ahead. Not that there hadn’t been problems.

On Hoot’s recent mission, there had been many glitches. On one launch attempt a brave engineer had stopped the countdown when something didn’t look right. Unbeknownst to the crew, a bizarre combination of failures drained off some of the fuel. Had they launched, they wouldn’t have reached orbit. There were other equipment failures on other attempts, and they launched on their seventh try more than three weeks late on January 12. That was a severe impact to the launch schedule for the coming year, and there was a push to get the next flight off quickly.

Under pressure, sometimes bad decisions are made. On the night of January 27, 1986 that happened. The temperature at Cape Canaveral overnight was predicted to be in the 20s, far colder than any other Shuttle launch. Would that cause problems? The solid rocket booster engineers were uncertain what the cold temperatures would do and voted to delay. The NASA managers overruled them and gave the GO for the launch of the Challenger on January 28. 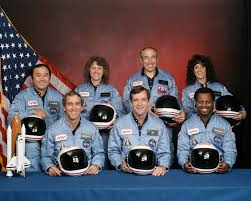 Onboard were four members of our 1978 astronaut class: Dick Scobee, Judy Resnik, Ron McNair, and Ellison Onizuka, as well as one from the 1980 class, Mike Smith. All were our close friends. Greg Jarvis, an engineer from the Hughes Aircraft Company, had been bounced from flight to flight but had finally gotten a chance to fly. The press attention had been on Christa McCauliffe, the first teacher in space. The diversity of the group represented what our nation and space program were all about. Christians, a Jew, a Buddhist, military and civilian, African-American, Caucasian, Asian, men and women.

Launches until then had been joyful events. So many astronauts supported each flight and were eager to see friends fly. My next crew took a break from our training to watch this one go. The engines started, the boosters ignited, and off they went into an intensely clear blue sky. At 73 seconds into the flight, everything came apart – the vehicle, their lives, our illusions about the safety of spaceflight, and all our futures.

It was unbelievably horrible to see seven friends perish in an instant. It was even more difficult to see what their families would have to endure. We would spend the next three years searching for the causes, planning changes to hardware and decision making, and getting ready to resurrect our Shuttle program.

In late 1988 the Shuttles returned to flight. Some people had been fired; others left NASA. Those of us who were committed to spaceflight assessed the risks and benefits—to ourselves, our families, our careers, and our country—and stayed.

In our hearts, Challenger and her crew live on.