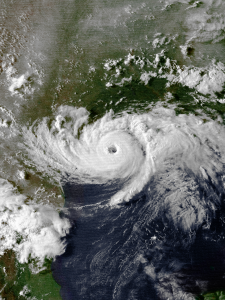 The recent hurricanes that have been devastating so much of the Gulf Coast and beyond remind me what it was like to live near the Johnson Space Center several miles south of Houston near the coast. Over the course of our almost 20 years there, my family had to weather several large tornadoes and hurricanes. We soon learned what steps we had to take before the hurricane and what we would face after.

Hurricane Alicia in 1983, a category 3 storm, was our first one. Twenty-one people were killed. It came roaring up over Galveston pushing water ahead and right up the bayou behind our house. We hung the storm shutters on the large windows to protect the glass from flying debris. Through a small peephole we watched as the wind picked up to a fierce pitch.

The fences all along our street were uprooted and went floating by. Small boats broke loose and were washed down the bayou. One friend’s boat ended up under the eaves of another house and everyone rallied to dislodge it before the water went down. Trees fell on the one car in our driveway that wouldn’t fit in the garage. Luckily, only minor damage occurred. 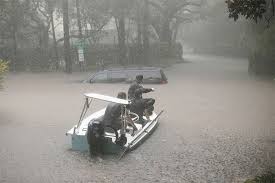 My grandmother’s fine China went to live in my dresser on a lower floor and my desk near a window in the front of the house was cleared of all books and papers.

As the storm passed and morning broke, we opened our front door to see many of the trees in the neighborhood had fallen across the street. A cacophony of chain saws and shouts from our neighbors rang out. Pickup trucks dragged the debris to an open area at the end of the street to be burned. Everyone pitched in the best they could. 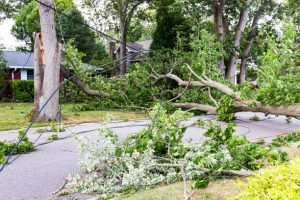 I can now picture what Hurricane Nicholas has done recently to that very same area. The devastation will affect thousands for quite a while. Unfortunately, the whirling storm surge from the northeast side of the storm also inundated southern Louisiana which had just been hit by Hurricane Ida.

Have you ever wondered how hurricanes get their names? Prior to 1979 they were named for the location where they came ashore. After that, the World Meteorological Organization began giving storms names. At first, only women’s names were used but now they alternate between male and female names in alphabetical order. They recycle a list of names every six years using all letters except q, u, x, y, and z. Names of particularly destructive storms are “retired” and never used again. 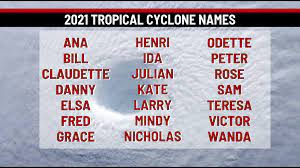 Along the Gulf Coast, everyone learns from the storms and all are grateful when hurricane season is over. The recovery period after a hurricane can last for months and sometimes for years but people still want to live in the coastal areas near the water.

Pray for our fellow citizens who continue to live in harm’s way. —Rhea