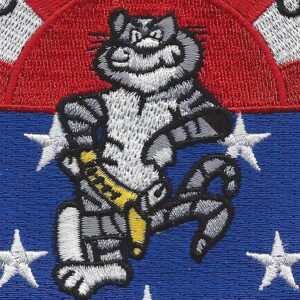 Many new worlds opened when I joined NASA in 1978: aviation, aviators, the military and their machines.

It took a while to be able to tell the difference between an F-14 and an F-16 jet aircraft even though they were remarkably different.  Although I’d looked up the names of my classmates in our class of 35 before we gathered at the Johnson Space Center, many didn’t answer to the names that appeared on the list.  Almost half of our class came from the military—often from the flying world—where they had acquired nicknames or “call signs.”  Remember the movie Top Gun where Tom Cruise was “Maverick,” his back seater was “Goose,” and they were always trying to outdo a fellow flyer called “Ice Man?”

These names had a purpose.  When talking to other members of a flight of several aircraft, there might be more than one John or Bob.  How could they be distinguished?  So, flyers chose call signs or were given ones by their teammates or their boss. 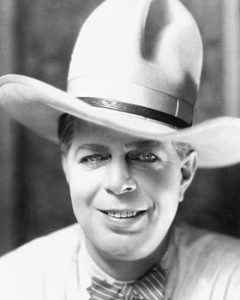 My husband told me about a few.  A fellow whose last name was Smart became “Not So,” a guy who used foul language became “Toilet Tongue” or “T-squared,” and someone of short stature and slender build became “Termite.”  My spouse was named after the crusty old cowboy movie hero of the 1930s, Hoot Gibson.

In 1984, when there was a major spacewalk on a Shuttle mission, the crewmembers were Jim Van Hoften—tall and strong—and George Nelson, blonde and light complexioned.  The media people commenting on their spectacular endeavors preferred their nicknames: “Ox” and “Pinky.” 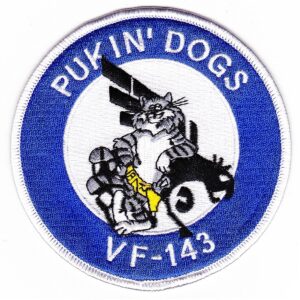 The F-14 fighter jets were called Tomcats with an insouciant, grinning, gunslinger cat as their emblem. Heaven knows how some of their squadrons got their names.  The worst squadron name I ever heard was the Pukin’ Dogs, with a picture on their patch of a black dog vomiting.  Only a bunch of guys at the bar could come up with that.

My nicknames (thankfully) have rarely been used.

Just after I was selected to be an astronaut, one of my fellow surgery residents thought I should be called “Cosmic Rhea.”  And after I posed for a funny crew picture mimicking a 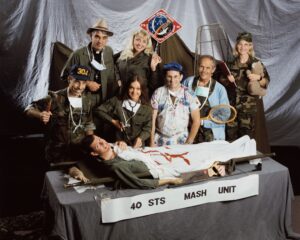 M.A.S.H. team, someone said I should take the name “Rhea-dar” after “Radar” O’Reilly.  Thank heavens those names didn’t stick.

Do you have a nickname?  What would you choose if you were a fighter pilot?