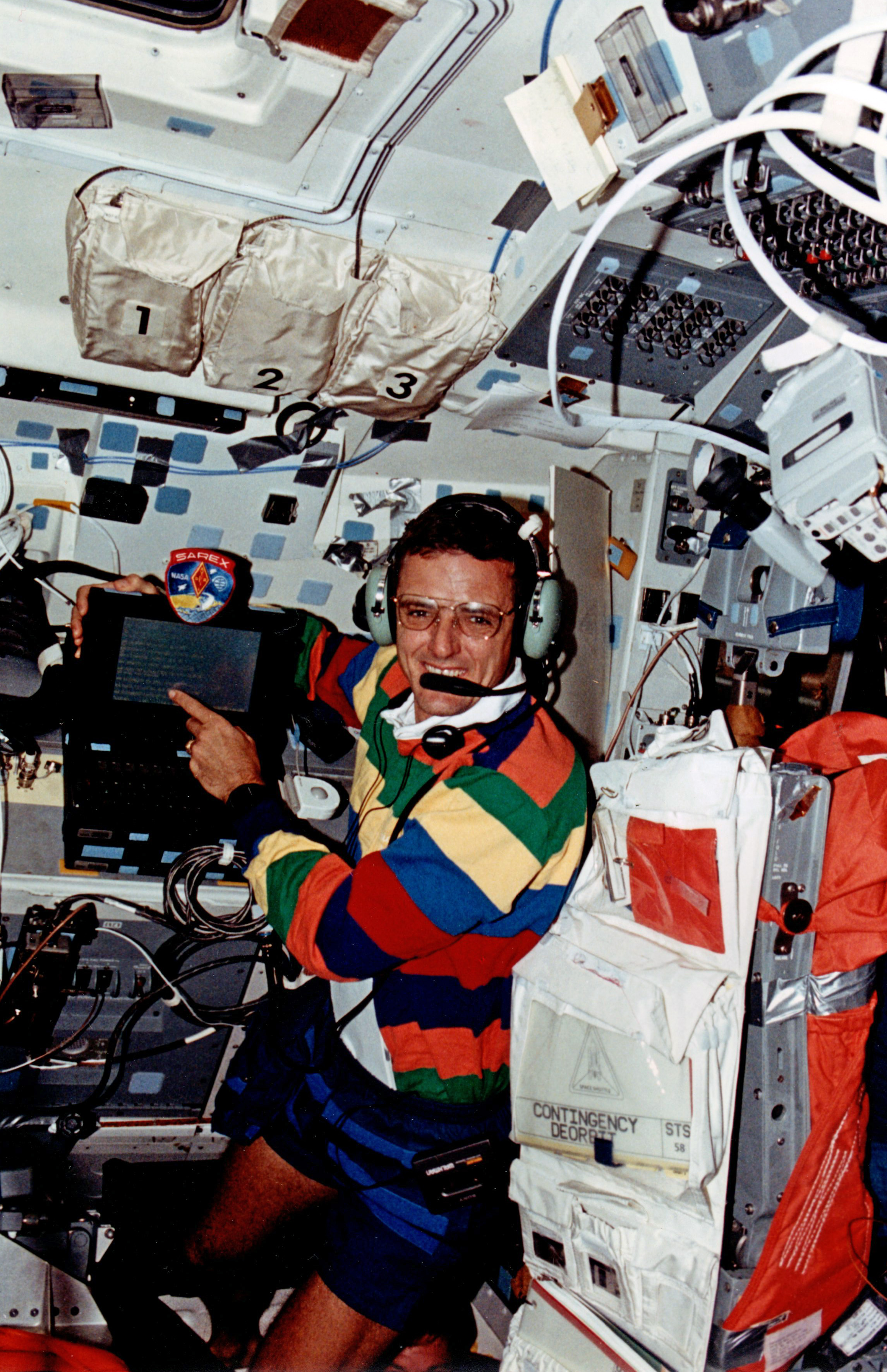 Imagine, if someone turned off gravity and everything floated.  How would you keep things in place? Welcome to the world of VELCRO and duct tape.

Was VELCRO a spin-off from the space program?

No, but we sure learned how to make good use of it.  Like many great inventions, it came about serendipitously.  In 1941, Swiss electrical engineer George de Mistral went for a walk in the woods and was bothered by the burrs that stuck to his trouser legs and to his dog.  Was he a little crazy to wonder if these pests could be turned into something useful?  Monsieur de Mestral figured out that he could make a fabric strip with tiny hooks that would attach to another strip with small loops which stuck until pulled apart.  How lucky astronauts were when VELCRO hit the market in the early 1960s, as humans entered the weightless world.

When the Apollo missions rocketed to the moon, VELCRO traveled with them.

In a small capsule, when something floated away, there weren’t too many places it could go.  But drop some tools into moon dust, and they might be lost forever.  As suits, tools, and a moon buggy were designed for lunar exploration, the uses for VELCRO grew.  Checklists were stuck to the astronauts’ sleeves, tool bags on the buggy were sealed securely shut.  An ingenious astronaut even had a small patch of VELCRO placed inside the neck ring of his moonwalking spacesuit, so he could scratch his nose on it.

Space Shuttles continued to use the stuff.

There are almost no pictures of life inside a space vehicle in which several patches of it can’t be seen–long dark blue stripes of it on our pants legs, straps of it holding checklists closed, small light blue squares on every surface.  (Wish I’d bought stock in the company.) 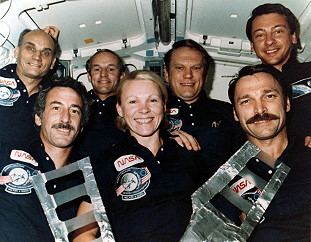 Duct tape was indispensable in the space program, as well.

From saving the crew of Apollo 13 (they attached a square air filtration canister to a round hole!), to repairing a fender on the lunar rover, to my first flight’s fashioning of a handy “flyswatter” to snag an errant satellite, the wonderful tear-by hand silver tape was indispensable.  Loop a strip of it sticky side out and voila!  You could temporarily secure your pencil or spoon.  On Hoot’s secret military mission in 1988, a picture of him sitting by a roll of duct tape stuck to the wall prompted him to joke that the flight had been a secret mission to research the properties of duct tape. 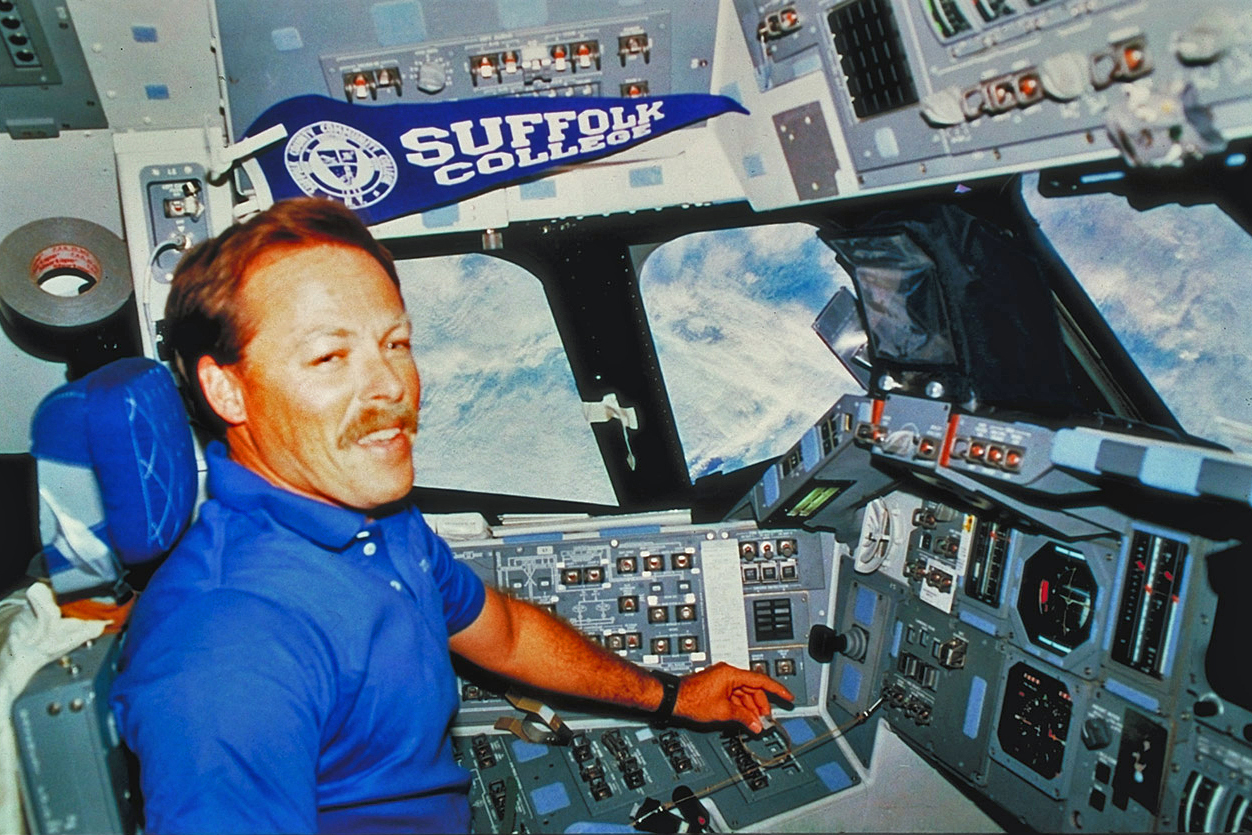 What were VELCRO and duct tape not good for?

There was no VELCRO on apples, and they didn’t stick well to tape.  I discovered that I couldn’t put the fruit down, so I had to eat it all once I bit into it.  Packets of peanut butter and jelly had small dots of VELCRO. Bread slices didn’t.

How in the world—or in orbit, to be more precise—can anyone imagine how to make a simple sandwich?