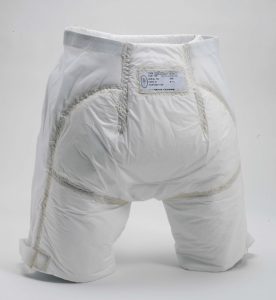 There were many issues to address when women were first accepted into NASA’s Astronaut Corps. While some were important, others were mundane. All had to be decided.

How could we urinate while waiting on the launch pad or during a spacewalk? Now that was a major concern of the space program and all six female Astronauts!

The device made for the men wasn’t going to work for the women.

While designers invented a variety of contraptions that fit the female anatomy, these things were awkward and uncomfortable. How about an adult diaper? Disposable baby diapers were appearing on the market in 1978, but there weren’t any produced for adults. Not yet. So, off the engineers went to create something…anything.

As with many NASA inventions, it was a little “overdesigned” since it had to work in all imaginable eventualities.  What was the maximum amount of urine the bladder could possible hold? What if some urine escaped into the spacesuit during a spacewalk and drowned the spacewalker? So, the Disposable Absorption and Collection Trunk (or DACT)—built to the specific measurements of each individual woman and at a cost of several hundred dollars each—was “launched”. That worked until off-the-shelf adult diapers came on the market some years later. 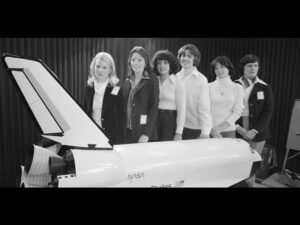 Well, what about underwear?

Male Astronauts had a few choices: small, medium, or large. Boxers or briefs? That wasn’t going to work well for the women. As you can see from our picture, we were all different sizes and shapes. NASA solved this problem by giving the females some specifications for what they might wear.

The underwear had to be cotton since nylon might create sparks (go figure…), and it had to be for sale at our local department store. Our all-male Crew Equipment personnel told us to pick out a bra and panties we liked. They’d send a shopper (presumably a female) to the store and purchase one of each for every day of our flight. A few years later when sports underwear became available for women, we could specify S, M, or L. That was fine with all of us – and a lot more egalitarian. (By the way, no lingerie was available – only sleep shorts and tee shirts…in case you were wondering.)

Early in our days at NASA, we six were summoned to a meeting with a group on engineers and crew equipment people about another “issue.” 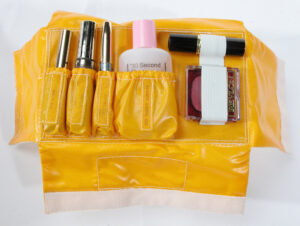 After a little of the usual small talk, they came to the point. Did we want to have makeup in flight?

Some of the women Astronauts never wore makeup anyway, so they said adamantly “NO!” Some of us did. Was this to be a majority rule decision?

I spoke up for the minority. If there would be pictures taken of me from space, I didn’t want to fade into the background so I requested some basic items. All agreed that a small kit with items of our choosing would be a “preference item,” that is, stowed only if requested.

(It was interesting to me that that I wasn’t the sole space traveler whose in-flight pictures showed a bit of lipstick and blush.)

We’d love to add you to our email list.