Thought I Was Gonna Die 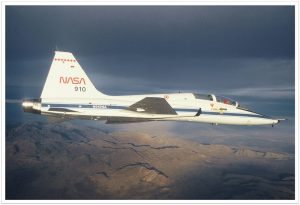 One of the things we had to master as new Astronauts was to be good back-seaters for the pilots in the planes part of the time. As they (and we) gained some confidence in our flying abilities they gave us more and more responsibilities. And of course, we had to learn how to handle emergencies. We had checklists with pages of what to do if something went wrong. Sometimes they did.

The pilots were training for a number of jobs, one of which was to join up with the Space Shuttle as it came in for landing. They called the job “chasing” the Shuttle. One day I was flying with my favorite pilot to fly with, Robert “Hoot” Gibson (who later became my husband). We were doing “chase practice” at Edwards Air Force Base where the first Shuttle landings would be. 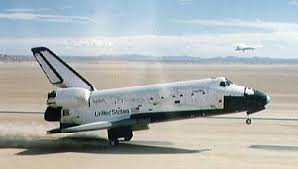 It was a little weird to try to make a small T-38 jet fly like a big heavy Shuttle so some of them were modified with special equipment so they could simulate the speed of the descending Shuttle. The maneuver consisted of quickly pitching the nose of the T-38 up to slow down then deploy landing gear for aerodynamic drag. The jets didn’t like some of those abrupt maneuvers and there would be a hiccup as air was blocked from going down the engine and it could quit. 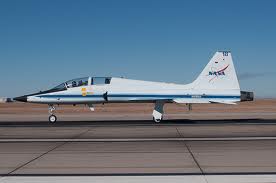 At that altitude, the engines generate the cabin pressure. When we lost cabin pressure the oxygen system provided oxygen at a higher pressure. That made it difficult to talk. I knew Hoot would know what to do. I remembered from our training that losing both engines at altitude might not be a major problem as the engines could be restarted once we got down to a lower altitude. My heart pounded as we dove headlong toward the ground. 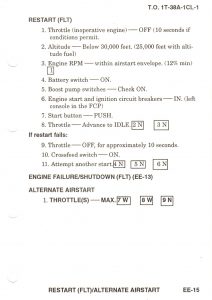 Hoot’s calm voice came from the front seat. “Why don’t you pull out your checklist and talk me through the procedure?” I knew he knew it by heart but it was his way of keeping me occupied. He also asked me if I remembered how to eject from the airplane. I did but sure hoped I wouldn’t have to.

When we got down to 25,000 feet the wind over the engine blades was enough to restart both engines and once again we had a flyable airplane. Back at the Officer’s Club at the base, Hoot used the old fighter pilot phrase that I’d heard before but had extra meaning for me that day. “Well, we cheated death one more time.” Whew!

If you’d like to have this blog read audibly to you, please note the audio option at the top of the blog. Simply click on the arrow!

For those of you who’d like to receive my blog to your inbox each month, we’d love to add you to our email list. If you have not yet signed up, please do so today by clicking here.